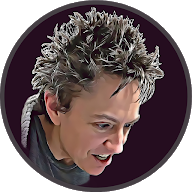 01 May 2020 / Jen Wallace
My Dad expressed love and made connections by patiently and graciously, yet tenaciously, helping others learn how to raise themselves up and be successful by discovering and leveraging their own inherent gifts and talents.

In addition to his intellectual adventures, Dad was also passionate about his outdoor adventures. He was the King of Selfies long before "selfies" were a thing.

HERE ARE SOME CLASSIC SELFIES I RECEIVED FROM DAD ON HIS OUTDOOR ADVENTURES...